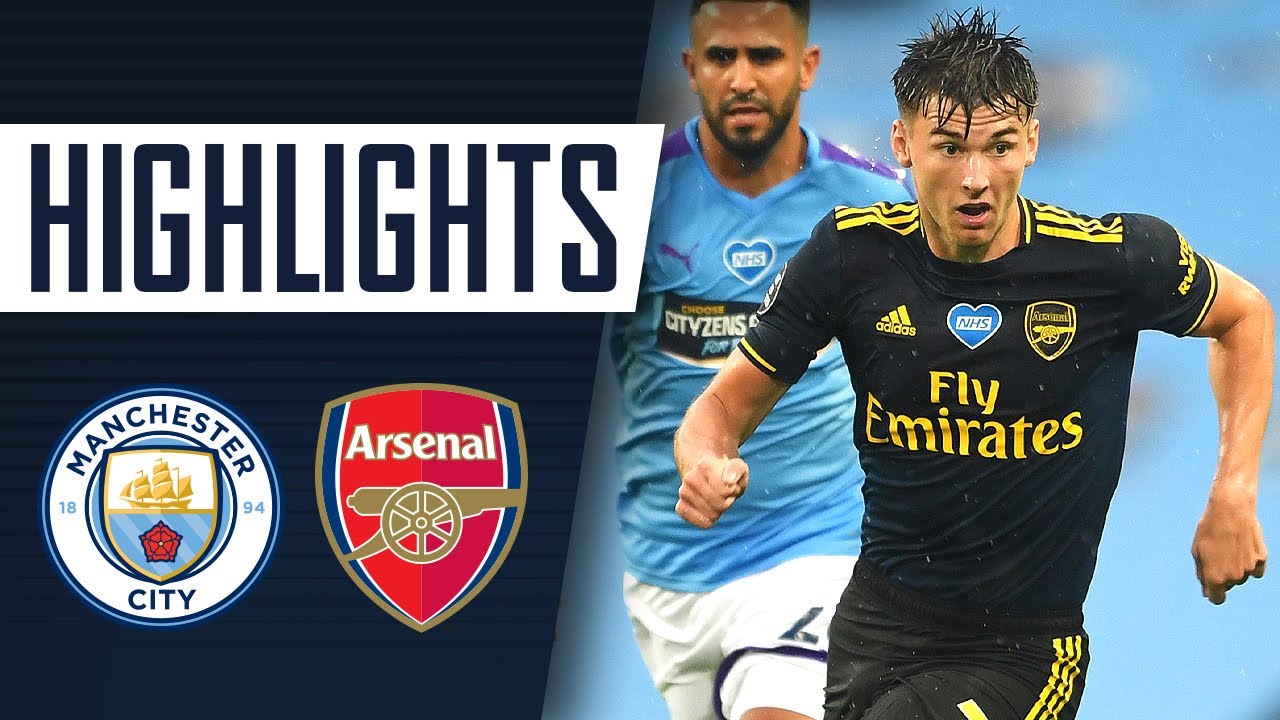 We made an unhappy return to Premier League football on Wednesday night, as Manchester City claimed a 3-0 victory at Etihad Stadium.

After a 102-day interval, and returning to very different Premier League conditions, you might have expected a cagy start – but there was none of that here.

Within five minutes Eddie Nketiah thought he had beaten the City backline to the ball only to be flagged offside, before Kevin De Bruyne forced Bernd Leno into a sharp save – and then Granit Xhaka was stretchered off with an ankle problem.

We were playing brightly with Nketiah at the fore, but another injury, this time to Pablo Luiz, proved a setback for Mikel Arteta as he sought to get one over his former club.

Leno was soon at the heart of the action as City took control, making three excellent saves in quick succession to deny Raheem Sterling, David Silva and Riyad Mahrez.

But the German could do nothing when, on the stroke of half time, David Luiz misjudged De Bruyne’s ball and Sterling ran in and smashed the ball into the top corner.

Things went from bad to worse after the restart when Mahrez got the wrong side of David Luiz, and when he went down in the area under the Brazilian’s challenge, the red card was shown and a penalty awarded.

De Bruyne made no mistake from the spot, and suddenly we were right up against it.

With an extra man advantage, City inevitably remained in control and Leno was called into action to deny De Bruyne, Gabriel Jesus and Ilkay Gundogan.

City added a third in injury time when Phil Foden slammed it into the roof of the net after Leno had turned Aguero’s shot on to the post, and it capped off a disappointing evening in Manchester.

For more match action, highlights and training videos, make sure you become a digital member and sign up to Arsenal Player. It’s FREE and is the Home of the Game:

This is the Official YouTube channel for Arsenal Football Club. This channel will aim to showcase the personality of Arsenal Football Club and give fans more of an insight into what it’s like to be at this fantastic club. This channel will look behind the scenes and get closer to the likes of Mesut Ozil, Pierre-Emerick Aubameyang, Nicolas Pepe, David Luiz, Alexandre Lacazette, Bernd Leno, Granit Xhaka, Hector Bellerin, Gabriel Martinelli, Bukayo Saka and more.